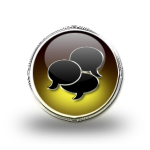 I was driving along Grove Street when I heard the song come on the radio.  “If I could have a beer with Jesus.”  What?!  At first I was kind of offended by the idea.  I thought, ‘Man, all we need is another thing degrading the holiness of Jesus.’  Something else for people to laugh at.

I almost shut it off as I pulled into Timmy’s.  Almost.

I listen to the country radio station a fair amount.  That and Life 100.3, Ontario’s Christian Superstation.  My brother Deric Ruttan is quite a successful country singer and songwriter and has had several number 1 hits in Canada and the U.S. so I’ve become a fan of a lot of the intuitive, smart-melody country music out there.  (It accents nicely my early hip hop, modern rock and contemporary Christian tastes!)  Deric’s recent songs are “My kind of freedom,” “Main Street, 1979” and “They don’t make ‘em like that anymore” (performed by Jason Blaine).

But before I shut the radio off at the “If I could have a beer with Jesus” bit, I decided to give it a try.  Stretch yourself, right?  I’m always trying to push myself to see what other people are thinking about in our modern times—so up goes the volume:

How’d you turn the other cheek
To save a sorry soul like me
Do you hear the prayers I send
What happens when life ends
And when you think you’re comin’ back again
I’d tell everyone, but no one would believe it
If I could have a beer with Jesus”

The more I thought about it, I thought, ‘Hey, here’s this guy with a real, legitimate need.’  It’s actually quite a reverent song.  I later YouTube’d it and listened to how this connects closely with his heart.  The singer wants to be in touch with Jesus on a personal level.  That’s admirable.  I think it’s something we all want.  Personal connection.  (There are many people in pews doing all the pious things but still feel distant; and there are also many singers crooning about ‘family values’ and Jesus but who don’t actually know what he said or have ever really gotten down on their knees in an act of worship.)

In many of our lives the wires are frayed (and in many cases disconnected) and we want someone to either do a repair or replace the lines all together.

Prayer is, of course, the usual way we dialogue with the Almighty.  “Draw near to God, and he will draw near to you” (James 4:8).  But there is conflicting information out there about how to do it.  No wonder why we’d rather a face-to-face encounter with real words and sympathetic eyes in our favourite hang-out.

On the one hand there is the view of Harold Kushner, someone I respect greatly.  Most know him as the author of When Bad Things Happen to Good People.  In a book called Who Needs God he frets of the idea of a God who answers directly certain prayers by intervening in the course of human history, saving some from illness while permitting it in others.  That intimidates him, in a manner of speaking.  He thinks it’s just too scary an idea that God might be influenced by our prayers.  Speaking about losing his 14 year-old son to a terrible illness he says that his faith gave him “the strength to bear his loss without being broken by it.”  That’s true and admirable.

I can’t help but be drawn back to the God who is personally engaged in our prayers.  The One who wants to sit across the table from us in a dimly lit room with bad music in the background.  Still cloaked in majesty, this is an image of God revealed in the Bible.  The God of Abraham, Sarah, Moses, Mary and Jesus. This God suffers but also has the power to change lives.

Another view on prayer is held by Karl Barth. If you’re not a theologian you don’t need to know who that is; just know that Karl Barth is to modern theology what Walt Disney is to modern movies.  He speaks about the incredible intensity and scandal of prayer.  “God does answer,” he writes. “He is not deaf, he listens and, moreover, he acts.  He does not act in the same way whether we pray or not. Prayer has an influence on the action, on the very existence, of God.”

If that doesn’t change your life, nothing will.

So I appreciate “If I could have a beer with Jesus” by Thomas Rhett.  It pushed me to think about the urgency of prayer, and also the longing within each of us to make that personal frayed-wire-restored hook-up with God.

From my reading of Scripture Jesus preferred wine to beer.  I also think he liked to enjoy himself, especially in the company of those who had experienced a lifetime of rejection and dirt-flingers.  I don’t know if he likes country music; but I think he appreciates it when anyone is seeking him–twang, backbeat or violin strings.

That’s grace. And I bet it would be incredible face-to-face.

“If I could have a beer with Jesus” is performed by Thomas Rhett, and written by him, Rick Huckaby & Lance Miller.