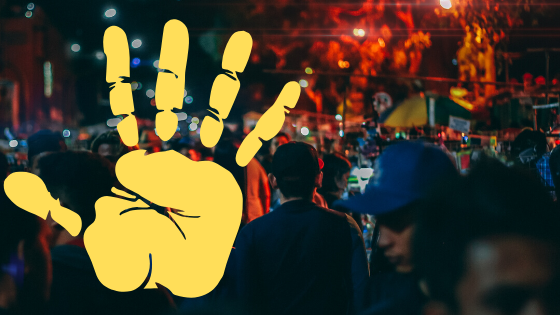 With the exception of the odd Ebenezer Scrooge, most of us agree we should care for others.

But is there an order? A “priority sequence”?

With a question like this, it’s easy to sing platitudes. But I’ll be honest: before I even look at what the biblical writers have to say I already know I have a priority sequence.

If you’re living under my roof you get more of my care than anyone else.

But is it right? What about Jesus’ command to “Love your neighbour as yourself”? Am I supposed to care for the person I just met in the mall as much as my own son?

Good question. The biblical writers give some insight:

It’s clear that caring for others and justice is non-negotiable. Early in Israelite history it was envisioned that if people fully obeyed God, there should be no poor among them (Deuteronomy 15:4).

That didn’t fully happen, of course. But the passages keep pouring in that talk about caring for others, especially the poor and marginalized.

Here I want to focus on a few direct passages in the New Testament:

When the experienced and well-educated Paul is giving advice to the young Timothy, he includes a section about caring for others. He writes: “Anyone who does not provide for their relatives, and especially for their own household, has denied the faith and is worse than an unbeliever” (1 Timothy 5:8, NIV). The old King James Version says “worse than an infidel.”

We can assume he was directly addressing male leaders of the family who, especially in the 1st century, had responsibility for ensuring needs were looked after.

Then, toward the end of his fiery letter to the Galatians, Paul stresses the importance of “doing good to all people, especially to those who belong to the family of believers” (Galatians 6:10).

In that passage there seems to be a priority for the “family of believers” (the church). But he still commands that good be done to “all people.”

So to this point, is this the priority sequence when caring for others?

I’m sure people will react differently to this list depending on their perspective and experience.

But those passages aren’t all.

Let me bring it in with Jesus’ words. As I often say: What God’s Son says goes. So in my approach, all ideas needs to be illuminated by him.

Jesus seems to trump all these ideas with his radical love-your-neighbour-as-yourself command. He instructs us to love all people, including enemies, with a love we would normally only reserve for ourselves.

"If you #love those who love you, what reward will you get? Are not even the tax collectors doing that?" #Jesus Matthew 5:46

I’m still working on that one!

And he even stresses (in 3 of 4 gospels) that his true family is those who do God’s will. I think of Mary. Yes, she knew Jesus was destined for earth-shattering and God-honouring things—but that must have been difficult for her to hear as a mom.

And yet, when Jesus was on the cross—arms outstretched, body surely pulsating with pain, defeating death, paying the price for your brokenness and mine, playing the decisive move in God’s global renovation project—he asked one of his followers, John, to care for his mom when he was gone. He wanted to ensure his biological family was cared for.

Then there’s the famous story of the Good Samaritan.

Let me wildly condense it for you: Your neighbour is anyone—anyone at all—who is in need. So that love-your-neighbour-as-yourself thing is underlined and highlighted with God’s pen. That makes me want to tattoo it on my heart.

Of course, if the biblical writers or Jesus carry no weight in the machinations of your mind, or if you think, along with Professor Stephen Hawking, that “the human race is just a chemical scum on a moderate size planet,” then you may have other thoughts.

But for me, there appears to be a priority sequence—albeit with a strong qualifier at the end:

Speaking to graduating students at Bucknell University, Holocaust survivor Elie Wiesel said: “The opposite of love is not hate, but indifference.”

"The opposite of #love is not hate, but indifference" Elie Wiesel

Should we care for some people more than others?

Since a pulse doesn’t mean you’re alive, this podcast is about the vitality of firm faith, pursuing personal integrity, and consistently keeping the main thing the main thing in practical ways day-by-day. Your host is Matthew Ruttan, a disciple-in-progress, husband to Laura, dad-of-three, pastor at Westminster Church in Barrie (Canada), author of Turbulence and the 'Up!' daily devotional, occasional song-writer, campfire lover, aspiring rowboat owner, and servant of the Word. John 10:10.

When Jesus puts on a BBQ⠀
Jr A hockey and Luke 14:11⠀
Not old-fashioned, but God-fashioned⠀
Humility: Your first thought of the day⠀