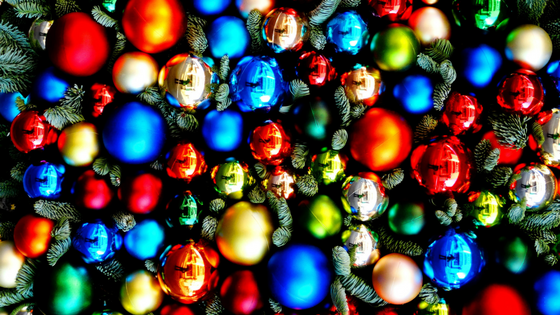 There are a lot of questions that come up at Christmas like:

So my hope with this post is to give you something meaty to think about in response to questions (and challenges) that sometimes come up at Christmas.

Was Jesus actually born on December 25?

We don’t know the exact day when Jesus was born.

So why do we have Christmas on December 25th?

A long time ago the Romans had celebrations on December 25th to acknowledge that winter had turned and the days were getting longer.

As Christianity grew throughout the world, that day was chosen to celebrate Jesus’ birthday. If people already had holidays booked because of this Roman custom, why not piggy-back on that?

So when was he actually born?

If we assume that shepherds weren’t likely to tend their flocks in December (it was just as unlikely in Palestine then as it is in North America now), and if we do some speculating based on the proximity to his cousin John the Baptist’s birth (based on when John’s father Zacharias was serving in the Jerusalem Temple), some venture an informed guess that Jesus was more likely born in the fall, probably September.

What does it matter that Mary was a virgin?

The virginity of Mary is so significant that in some traditions she’s known almost exclusively as “The Virgin Mary.” And throughout December many of us sing, “Silent night! Holy night! round yon virgin mother and child…”

But why does any of this matter?

Although I can’t unpack it all here, let me share a few thoughts.

I should first say that in historical context, if Mary’s pregnancy were the result of unchastity (sex outside of marriage), a strict reading of Deuteronomy 22: 22-23 could have meant that her indiscretion was punishable by death.

But as the story goes on, it is very clear that no earthly man is the father (Matthew 1:18, Luke 1:34). God himself is the father. And trust me, that miraculous claim would have been just as incredible to believe then as it is now!

The fact that Jesus has a human mother and God as a father means that he is both fully human and fully divine. He is therefore in a very unique position to serve as a bridge—a Reconciler—between humanity and God. He knows both because he is both.

The Bible says he was like us in every way but “without sin” (Hebrews 4:15). This includes the manner in which he was conceived.

Are there historical conflicts in the biblical nativity stories?

The two main stories of Jesus’ birth (which scholars call “the infancy narratives”) are in Matthew’s and Luke’s Gospels. Let me highlight a few apparent “conflicts” that are raised.

i. The genealogies for Jesus as presented in Matthew and Luke seem to be different

‘Ah, a discrepancy!’ some say. But not necessarily. A few theories have been put forward to help us understand why the list of names might be different.

One suggests that in Matthew Jesus’ lineage is traced through Joseph, and in Luke it is traced through Mary. Another suggest that the lineage in Matthew is a legal succession-line in Joseph’s family. There are a variety of approaches people take, but the difference in names is certainly not a conflict.

In Matthew’s Gospel it states that Jesus was born in Bethlehem. Then Joseph takes the family to Egypt to flee from the murderous Herod. The text then says that, upon returning, they settle in Nazareth. It’s the first time we hear about Nazareth.

In Luke’s Gospel, we’re first told about Nazareth, and then the trek to Bethlehem. It makes you wonder, ‘Did the Gospel writers disagree about where Mary and Joseph were from?’

But just because Matthew’s Gospel doesn’t tell us that Mary and Joseph had come from Nazareth before they went to Bethlehem, that doesn’t mean they weren’t from there. The detail about them going to Nazareth after their flight to Egypt simply means they were returning there.

iii. Luke’s Gospel gets the date of the census wrong

Some people scream foul when they read Luke 2:1-2. This is what it says: “In those days Caesar Augustus issued a decree that a census should be taken of the entire Roman world. (This was the first census that took place while Quirinius was governor of Syria.)”

The issue, they say, is that Quirinius wasn’t governor of Syria until 6 A.D., years after Jesus was born. Therefore, they argue, the biblical story is incorrect (and unreliable).

But let’s take a closer look at a few possible explanations.

Second, there are records of Quirinius leading military expeditions before he became the official governor. So did he issue a census sometime during those years? Maybe. This is especially possible because the word used for “governor” (hegemoneuo) was a generic term and different kinds of joint-rule were not uncommon in those days.

Either way, it’s naïve to think that a quick look at the apparent conflicts in the nativity stories discredits them.

Is Christmas based on a pagan holiday?

This question is connected to the one about the day of Jesus’ birthday. As I explained above, just because many Christians started to celebrate Jesus’ birthday on the same day as a Roman holiday (December 25th) that doesn’t mean that it’s really all about ancient Roman customs and not about Jesus.

Is Jesus based on a myth?

For a while it was popular to suggest that Jesus wasn’t a real historical figure. Instead, some people said, he’s based on other ancient hero figures like Horus or Mithras who were born of virgins, had disciples, and rose from the dead after three days.

The only problem is that when you actually compare Jesus to these other ancient figures, those details aren’t actually true.

A lot of these theories were made popular by Gerald Massey who said he read the details in the Egyptian Book of the Dead. But when actual Egyptologists questioned these details, and when Massey was confronted about them, he was forced to say he couldn’t remember where he had read them! Despite all this, books and movies have been dedicated to popularizing these fabrications.

Today, no serious historian doubts that Jesus was a real historical figure. H.G. Wells was an atheist historian who said, “Jesus Christ is easily the most dominant figure in all history.”

What are Santa’s origins?

Saint Nicolas was a priest in Europe who lived over 1500 years ago. Little is known about his life, but he helped poor children by giving out coins and gifts through their windows.

December 6th came to be a day when people celebrated him. Many put an empty boot outside their doors or a stocking inside hoping he would fill them with gifts.

In the 1600’s Dutch settlers in North America brought these stories with them. They called Saint Nicolas “Sinterklaas.” Soon the name was English-ized into Santa Claus. Hear the name resemblance?

So Santa Claus is the modern remembrance of Saint Nicolas who gave out presents (originally to the poor) to share and show the love of Christ. Drag the December 6 date a few weeks down the calendar to blend it with Jesus’ birth—and bingo!

Why does he wear a red hat? Not only was Saint Nicolas a priest, but he was also a bishop. And bishops often wore red hats. Plus, Coca-Cola illustrators pushed the plump, red-suited image of Santa beginning, I think, in the 1930’s. So even though pictures of Santa didn’t used to all look the same, today there is much more uniformity thanks to the marketing of a soft drink company.

To most people, Santa is the man who magically gives presents, and to others he’s a symbol of commercialism. But if you dig a bit deeper, you can trace some roots to a priest named Saint Nicolas who gave gifts to poor children.

A light has dawned

Maybe you agree with some of what I’ve said. Maybe you don’t. Either way, I hope you’ve been drawn further into this powerful story.

“The people walking in darkness
have seen a great light;
on those living in the land of deep darkness
a light has dawned.”

May you experience that dawning light this Christmas.