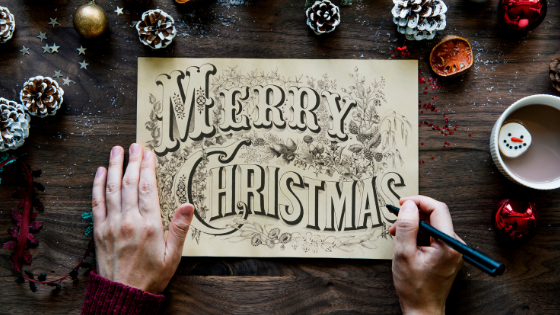 Some of you have questions about Christmas. But the season rushes at us with such fearsome fury that we do our best just to hang on. As a result, many of our questions go unanswered.

So this post responds to some of the questions you have shared with me. Enjoy!

How old would Mary have actually been when she had Jesus?

The Bible doesn’t specifically say how old Mary was. But based on ancient custom, she would have been very young, probably between 12 and 14. That would have been fairly normal.

Were Joseph and Mary married or engaged when Jesus was born?

This one can be confusing because the meaning of the word “engaged” has changed.

Joseph and Mary’s families would have arranged their engagement and marriage. It was a legal contract. 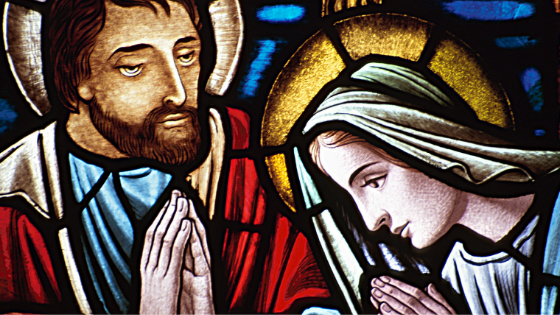 Matthew 1:18 says they were “pledged to be married” or “engaged” or “betrothed” when Mary became pregnant (depending on how you translate the Greek word mnesteuomai). But since Joseph knew he wasn’t the father, he planned to “divorce” her quietly. When it says he planned to divorce her it wasn’t because they were already fully married; it was because breaking off the legal arrangement (engagement) was as serious as what we consider divorce.

It’s significant to note that if Mary’s pregnancy had been the result of unfaithfulness with another man it could have been punishable by death. It would have brought shame on their families, and it could have risked Joseph’s business and reputation. Who would’ve believed that God himself was the baby’s father!

But Joseph had courage in the face of ridicule. He followed God’s command and “took Mary home as his wife” (Matthew 1:24) after he learned the truth. He cared more about what God thought than what other people thought.

The text doesn’t tell us when they had their actual wedding ceremony. Regardless, only after the marriage process was complete would they have started to live together, and only after Jesus’ birth would they have consummated their marriage (see Matthew 1:25).

What’s the significance of gold, frankincense and myrrh?

In Matthew 2:11 we’re told that wise men brought gifts to the young Jesus. This would have been a sign of respect and honour.

Most people assume there were three wise men because they brought three gifts—but the Bible doesn’t specify how many there were. It just says “wise men” (plural). So it could have been two, four or more.

The bottom line is that wise men came from faraway lands to pay homage to the child Jesus, highlighting how honourable he was and is, and how his birth as a Saviour commanded attention and is for all people and nations (not just local Jews in ancient Judea).

When was Jesus actually born?

If we assume that shepherds weren’t likely to tend their flocks in December (it was just as unlikely in Palestine then as it is in North America now), and if we do some speculating based on the proximity to his cousin John the Baptist’s birth (based on when John’s father Zachariah was serving in the Jerusalem Temple), some venture an informed guess that Jesus was more likely born in the fall, probably September. Then again, I’ve also heard is said that it could have been in April or May.

In short, it’s hard to be sure.

But here’s why December 25th was chosen as the date to celebrate. The Romans had celebrations on December 25th to acknowledge that winter had turned and the days were getting longer. As the Christian movement expanded throughout the world, that day was chosen to celebrate Jesus’ birthday. If people already had holidays booked because of this Roman custom, why not piggy-back on that? Plus, according to researcher Gretchen Passantino, the date was chosen “partly to challenge the pagan celebration of the Roman god Saturnalia, which was characterized by social disorder and immorality.”

Is Santa really based on a Saint?

Santa Claus is now connected with Christmas. But where did he come from, and what’s the connection to Saint Nick, if any?

Nicholas was a bishop in Myra in the 4th century. Little is known about his life, but one of the stories is that, among other things, he helped poor children by giving out coins and gifts.

December 6th came to be a day when people celebrated him. Many put an empty boot outside their doors (or a stocking inside) hoping he would fill them with gifts.

In the 1600’s Dutch settlers in North America brought these traditions with them. They called Saint Nicholas “Sinterklaas.” Soon the name was English-ized into Santa Claus. If you say “Sinterklaas” or “Santa Claus” three times fast you can hear how it sounds like “Saint Nicholas.”

So Santa Claus is, for some people, the modern remembrance of Saint Nicholas who gave out presents (originally to the poor) to share and show the love of Christ. Granted, I’m pretty sure that to most people today he’s simply a magical figure in a red suit who “sees us when we’re sleeping,” reminds us of those retro Coca-Cola commercials, and gives presents to children. But the origins go deeper.

This year I didn’t get any direct questions about supposed issues within the gospel stories themselves, but if that interests you go here and scroll to question three.

Is Canada becoming more hostile toward the faith-based elements of Christmas?

This is a hard one to answer in a short blog, and it’s a question that has come in various forms. So let me just share a few thoughts.

One of the interesting trends in Canada is that the majority of Canadians somehow identify with the Christian faith. But when I say “identify” I mean they tick a box on a census form. That obviously doesn’t translate into actual disciples of Jesus.

Attendance at worship services isn’t the only indicator of religious or spiritual observance of course, but it does tell us something: From what I’ve read, between 5 and 10% of Canadians are in church on Sundays. The reality is that Christians are now a minority in Canada. Many perceive it to be a majority, but it’s simply not.

Another curiosity is that Canada seems to pride itself on celebrating diversity. But we’re still bumbling around with uncertainty as to what that means. We seem to want to include different viewpoints and traditions, but only if they seem to vaguely support the idea that everything-is-mostly-relative. That’s just an observation on my part.

When it comes to Christianity, my guess is that a lot of Canadians realize we should include different traditions or ideas, but aren’t sure what to do with anyone or anything who suggests there is such a thing as objective truth—i.e. that the Bible is an authoritative revelation from God and that Jesus came as a Saviour to all people (not just Jews or Christians) and is the one sure way that people can be eternally reconciled and at peace with God.

So, to answer the question as to whether Canada is becoming more hostile toward the faith-based elements of Christmas, let me offer a partial response:

(a) Many people in Canada continue to be nostalgic about Christmas because of something in their family or past.

(b) Canada is increasingly ambiguous about the faith-based elements of Christmas.

(c) Society seems generally supportive of the many faith-based elements of Christmas which encourage helping the poor and needy.

(d) At the same time, some people seem increasingly resistant toward public discourse about the reasons for Christmas or significance of Christ.

Either way, I think the changing place of Christianity within Canadian society is a good thing. It is bringing an end to nominal (name-only) Christianity, and is growing a more robust and authentic movement of disciples who are more firmly rooted in the redemptive love, truth and good news of Christ.

So, those are this year’s questions!

Whoever you are, I hope you have a Merry Christmas and a joyful New Year!